With two first place, and two second place finishes, KHKS showed all the signs of beginning a new ratings dynasty in 1996, while KKDA-FM (K104) showed signs of re-establishing its own dynasty - one that had almost slipped away just two years before.

1996 would mark the last time KTXQ (Q102) would show up in the top ten as a rock station.  Nearly eighteen years after signing on, and six years since forcing arch-rival KZEW (The Zoo) out of the format, Q102 was now showing serious signs of wear and tear.  KZPS launched with its classic rock format in the late eighties, and The Zoo's old frequency was now home to KRRW and its classic hits "Arrow" format.  While those stations chipped away at Q102Â’s upper end, active rocker KEGL (The Eagle) and alternative KDGE (The Edge) lured away the younger end, leaving little in between. 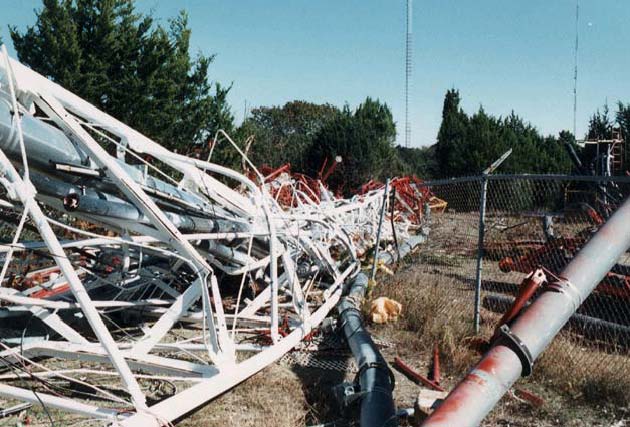 Several forces can affect the ratings of a station, but no station ever plans for the kind of event that occurred on October 12, 1996.  It was on that day routine maintenance was taking place on one of the 1500 foot tall towers in Cedar Hill that transmit all of the area's major FM and TV transmitters.   A gust of wind caught a piece of equipment being hauled up the tower, clipping a guy wire in the process and sending the tower crashing down.  Three workers were killed in the accident.   KXTX (Channel 39) was knocked off the air immediately, along with three radio stations:  KRBV (V100), KOAI (The Oasis), and KYNG (Young Country).   All scrambled to get back on the air through auxiliary facilities - KYNG even simulcast on sister station KEWS (All News 94.9) for two weeks.  While KOAI's ratings seemed to escape unscathed in the Fall book, the damage done to both Young Country and KRBV is evident as both stations fell a full share in the fall survey. Many maintain that neither station ever fully recovered.